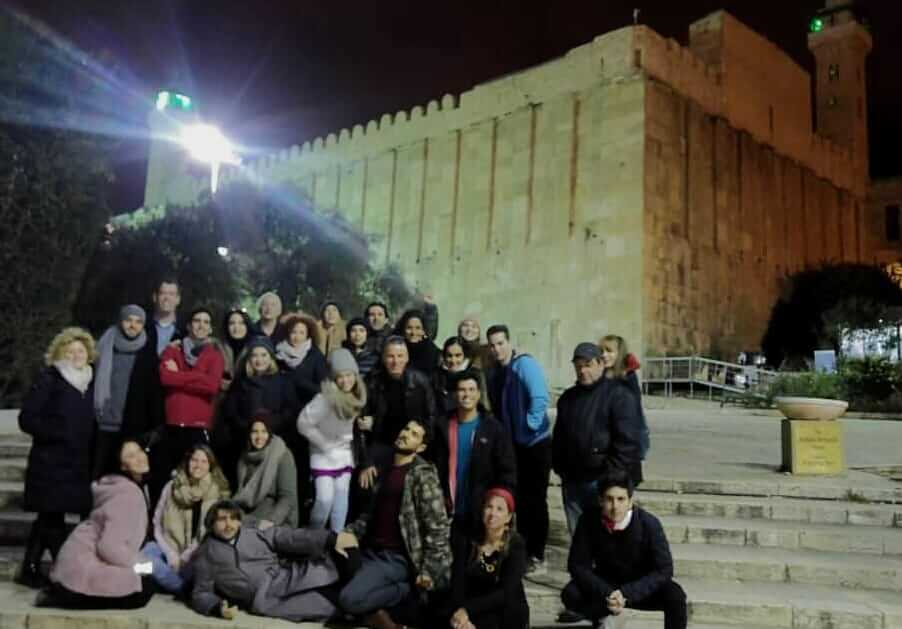 Habima, the national theater company of Israel headquartered in Tel Aviv, returned to Kiryat Arba, Hebron’s sister community, for a sold-out performance of Simanei Derech. Following the event, they traveled down the road to the adjacent city of Hebron to visit the Tomb of Machpela, burial site of the Biblical Matriarchs and Patriarchs.

Simanei Derech, translated as “Road Signs” in Hebrew, is a new musical about the life story of celebrated Israeli songwriter Naomi Shemer. Famous for Jerusalem of Gold and other classics, the play incorporates her songs as it depicts Shemer at four intersections in her life, in which she is required to fight for her personal and professional future.

Habima has been traveling around the country to perform the musical. The legendary theater company, originally founded in 1912, last performed in Kiryat Arba in 2016 with A Simple Story [Sippur Pashut], based on the novel by famous Israeli writer S. Y. Agnon. At the time, it raised eyebrows in some media circles because Kiryat Arba and Hebron are located in Judea, which was part of Jordan between 1948 – 1967.

Actor Tal Mosseri posted a photo of his fellow performers in Hebron on his Facebook page and wrote, ” There are nearly 250 performances of “Road Signs” as we plow across the country. An exciting journey that will never end.

Yesterday we had a strong and powerful performance at the Kiryat Arba Culture Hall, Hebron (plus a nightly spontaneous tour of the Tomb of the Patriarchs.)

The Jewish community of Hebron spokespersons office welcomed the visitors stating, “the Habimah Theater in Kiryat Arba is long been no longer news. These plays have already become part of the local cultural scene.”