The annual celebration marks the liberation of the city from Jordan in 1967. 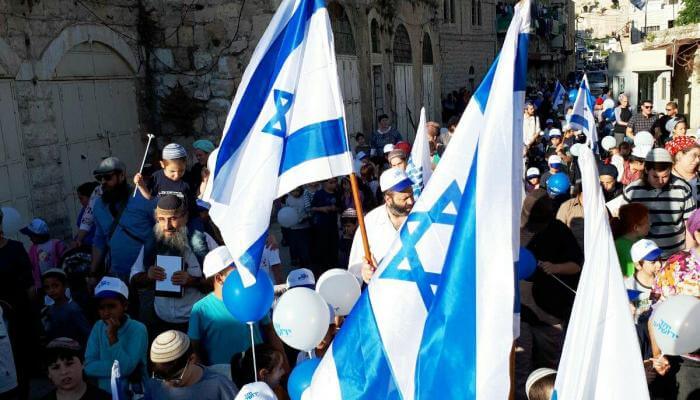 Parades filled the streets of the old city of Hebron on Monday for Yom Hevron, or Hebron Day, which celebrates the liberation of the city from the Hashemite Kingdom of Jordan in 1967. The better known Jerusalem Day took place a day earlier. The dramatic victory of Israel against three surrounding armies in the Six Day War brought about not only the reunification of Jerusalem, but also the liberation of cities in Judea and Samaria. Jews were barred from visiting holy sites such as the Tomb of Machpela for the 19 years of Jordanian occupation.

On Monday, children waved flags and sang songs for the annual event.

On the 29th of Iyar on the Hebrew calendar, corresponding to June 8, 1967, Rabbi Shlomo Gioren, chief rabbi of the Israel Defense Forces rolled into Hebron in a jeep. Expecting to meet up with the rest of the troops, he ended up almost singlehandedly liberating Hebron, as he was greeted with white flags of surrender.

Rabbi Goren and a small group of soldiers entered the Tomb of Machpela to blow the shofar and read from the Torah, similar to the day earlier when the Western Wall in Jerusalem was liberated. This marked the first time in 700 years that a Jewish person freely entered and prayed in the Cave of the Patriarchs and Matriarchs. The ancient building had been restricted by the Mamlukes who invaded from Egyptian centuries before.

For the full story on Rabbi Goren click here. 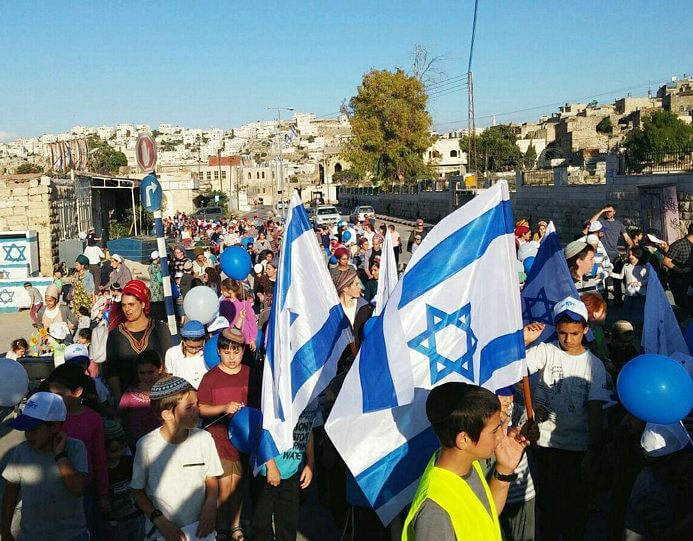