The Hebron Fund is now accepting inquiries into this year’s 2018 program,
click here for more information, to register, or to sponsor a soldier,
or call us at (718) 677-6886

Last year, on Shabbat Hebron 2017, a record breaking, approximate 35,000 people visited Hebron for the annual reading of Parshat Chayei Sarah. The Cave of Machpela was open in its entirety for the day, as the Torah portion describing the ancient site was read. 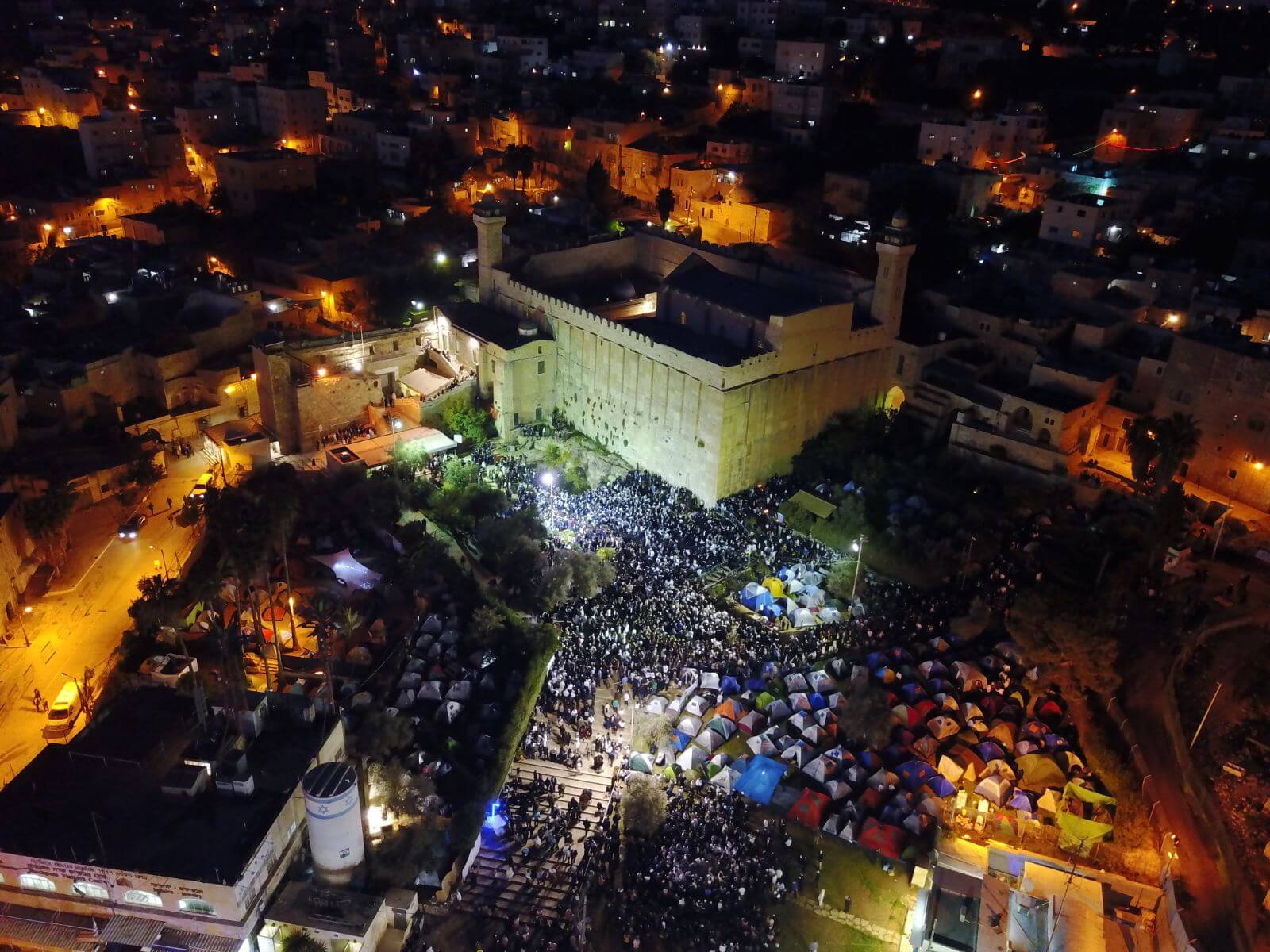 The Hebron Fund rented a dormitory, apartments and other spaces for their guests. Thousands of tents and hundreds of trailers dotted the city in a festival atmosphere and about 4,000 people dined at huge hospitality tents sponsored by Chabad of Hebron.

Uri Karzen, director of the Jewish Community of Hebron stated that the number of participants was at an “all-time high” and “a special day for Hebron and for Jewish people around the world.” he added, “in the near future we will host people in the new buildings which are being planned for the Hezekiyah Quarter.”

The community also thanked the Israel Defense Forces and police who were responsible for security, crowd control and logistics. Many top commanders joined the community for a Friday night Shabbat meal and spoke to a group of tourists about their sense of pride in helping assist for such an event.

The Hebron Fund, the official sponsor of The Jewish Community of Hebron, hosted a VIP Chayei Sarah Program featuring catered meals, hot kiddush, tours, onegs, speakers, great accommodations and round-trip coach bus transportation. Over 250 people attended their program this year.
Rabbi Daniel Rosenstein, Executive Director of The Hebron Fund said ‘the Israelis, especially the soldiers, are amazed that Jews would fly in just for the weekend. The Americans shrug it off and express appreciation for the residents of Hebron who live there all year.”

Fortunately, hosting the Members of Knesset and IDF Commanders allows us to have a top-notch program and everyone feels connected. The prayer services, led by Rabbi Simcha Hochbaum and Chazzan Sruli Hersh inspire people’s souls in ways they haven’t felt before. “Our success is due to a team effort of our extraordinary staff and donors. It’s just an amazing Shabbat and we make it easy to attend” said Rabbi Rosenstein.

The Hebron Fund also hosted Americans for a Safe Israel (AFSI) led by Helen Freedman, Judy Freedman Kadish and Ken Abramowitz. Some alumni from the Torah Academy of Bergen County (TABC), who are learning in Israel this year, were there to enjoy the festivities as well.

The Hebron Fund is now accepting inquiries into this year’s 2018 program,
click here for more information, to register, or to sponsor a soldier,
or call us at (718) 677-6886